Release 6 introduced an automated twig picker menu that lists all twigs in your library. Simply click on a twig and it is appended to your scene and used on your tree. All the hassle mentioned below is a thing of the past. It’s time to update this documentation.

To use a twig, it has to be in your scene. Let’s say you’re working on a great scene which is in need of a 3D tree. First, add the twig you want to use to your scene. Either by appending the twig (File > Append), which inserts the model into your scene. Or by dynamically linking to the twig file (File > Link).

Either Append or Link will present you with a file browser. Browse to where the twig model is and click on the .blend file. This lets you dive into the file. Browse to objects and select the twig objects and hit Enter. You may want to move twigs to an invisible layer.

Start the Grove with Add > Mesh > The Grove and pick the object you just imported in the Apical Twig field. If the twig has a separate lateral twig model, pick it with the Lateral Twig text field. If not, you can enter the same twig in both text fields. You can find the twig pickers all the way down in the Build panel.

Watch out! First append twigs, then start The Grove. If done the other way around, your twigs will disappear.
This has to do with how Blender Addons work, specifically how Operators work. Operators like the Grove create a lot of 3D data and materials. Each time your tree updates, this data is added to your 3D scene. To keep the scene clean, Blender performs an undo just before the Addon is called to do its work. This leaves your 3D scene in the state it was in just before you called the Grove. Quite brilliant, but very frustrating if you’re not aware. The solution is to first append or link your twig model, and then add a new Grove tree.

Second, the Grove assumes the branch is pointing in the direction of the X-axis. It means that when you are in top view, the base of the branch should be on the left, and it should be growing out to the right. When you’ve got the twig pointing in the right direction, you have to apply its rotation and scale by pressing Ctrl+A and picking Rotation & Scale.

For your new twig to show up in the twig picker menu, you have to put it in the twigs folder that you configured in the user preferences. There is a simple naming convention to follow. Simply name your apical twig any name you want but include ApicalTwig at the end. Same for lateral twigs, include LateralTwig in the name. If you have a single twig to be used for both, you can just include Twig in the name.

Learn more on twigs and how to distribute them, read Build. 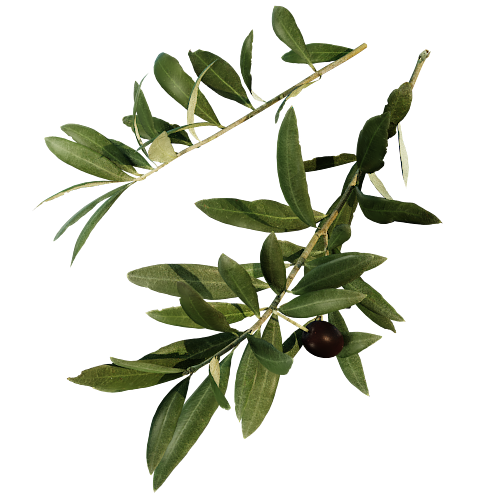 Olea Europaea – Olives keep their leaves all year long. This twig was captured at the start of winter, hanging on to its dark-green leaves and ripe fruit. 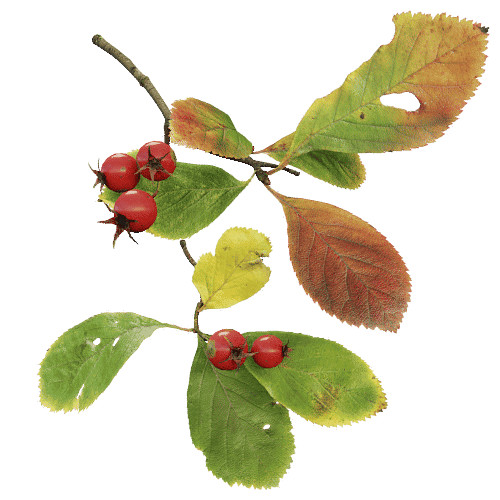 Crataegus crus-galli – Cockspur hawthorn is a small tree that shines in fall time with its intense colors. 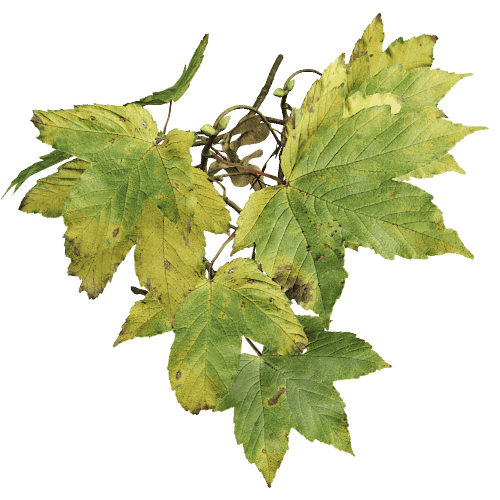 Acer pseudoplatanus – Maple trees are very diverse in color, bark and leaf shape. This one is called pseudoplatanus for its resemblance to Plane Trees. Maples carry the brilliantly engineered helicopters which carry their seeds across long distances. 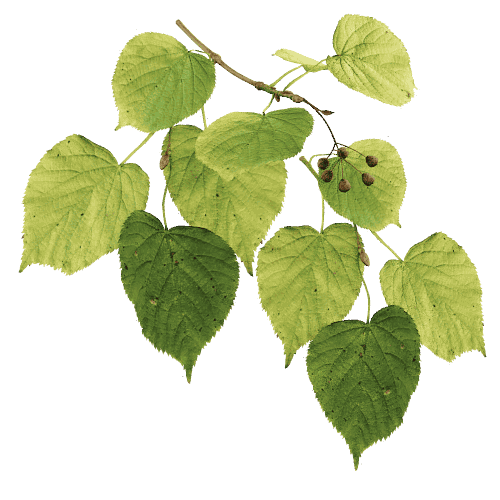