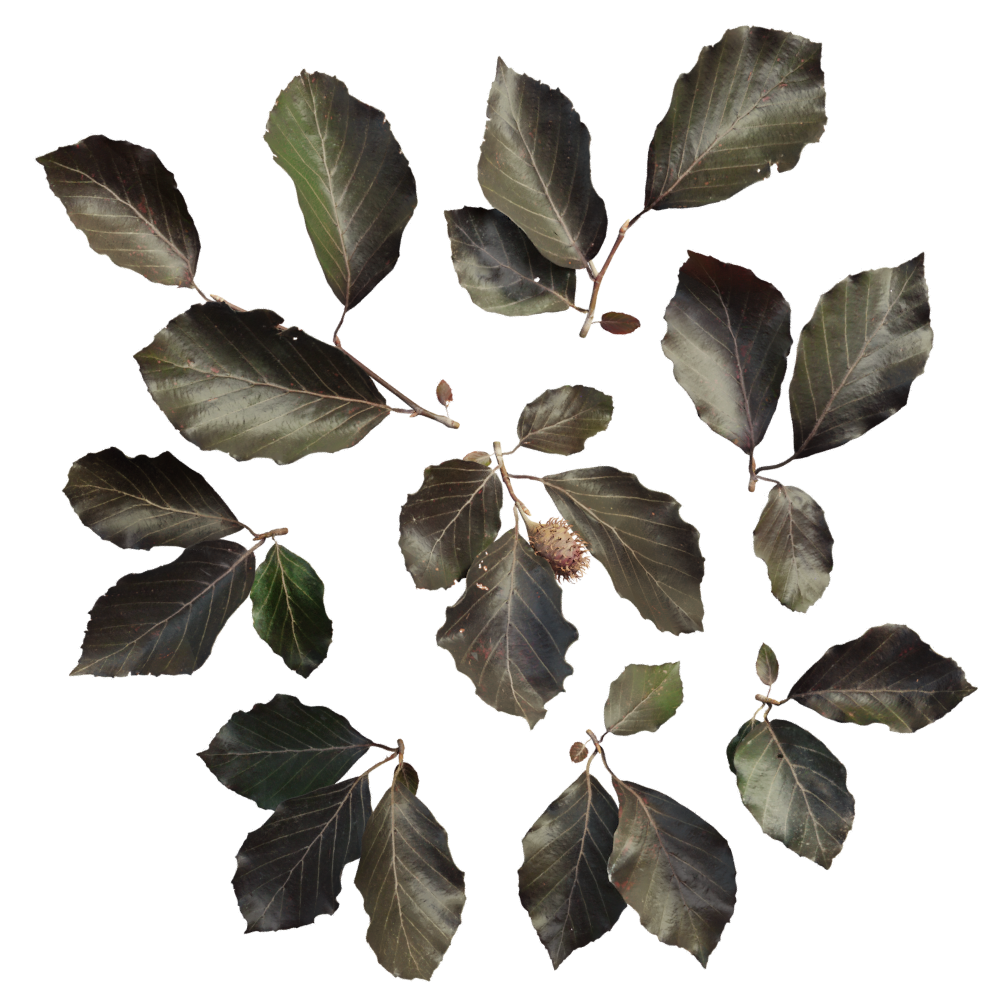 Here’s a story about one of the most essential building blocks for all life on earth – chloroplasts. Every single green cell in a plant has a number of cloroplasts, small organelles within the cell that create sugar from sunlight by the process of photosynthesis. The green color of leaves is caused by a green pigment inside the chloroplasts called chlorophyll. That’s just a fancy word that means “yellow-green leaf”.

This pigment absorbs most of the visible light spectrum and stores the energy for later use. It’s very efficient in the blue and red wavebands, but not so much for green. It still absorbs most of the green light, but maybe a third of it scattered back to our eyes, and that’s the green color we see.

There’s a theory that the inefficiency may be because there’s just too much light for a leaf to handle, so it might be a protective measure. That may be true, but it may also just be a coincidence.

Then there are caretenoids, another type of pigments that helps chloroplasts absorb light. This time, it prefers the green band, and instead reflects yellow, orange and red. The green pigment is much stronger, but when it breaks down in autumn, the caretenoids stay along a bit longer, and this causes yellow fall colors.

Now for a third type of pigment, the anthocyanins. These are different, and they usually aren’t present in summer, but they are for the purple red trees. For many other trees, tender new spring growth can have a red tint to it, which fades away when it hardens off. And in the fall it is produced once again at the time when the green chlorophyll is fading, giving the leaves an intense red color.

The timing of anthocyanin production gave rise to a theory that it may be a type of sunscreen. Anothcyanins not only absorb green light, but very importantly also harmful UV light. It is also theorized that the earth was once covered mostly by purple plants because there was much more harmful radiation back then.

So anthocyanins are good at absorbing green light, together with chlorophyll this doesn’t leave much light left to reflect. Bits of violet at one end of the spectrum, and red at the other end, add up to a dark purple color. The green color absorbed by anthocyanin doesn’t help with photosynthesis, so red leaves are slightly less efficient than green ones, but for trees in full sun that doesn’t make much difference.

These trees may look uniformly purple from a distance, but when you get closer there is a lot of green in there. They still need to photosynthesize. Upon closer inspection, you can also find extra support for the sunscreen theory in the variation of leaf colors. Leaves are dark purple at the extremes where they are exposed to the light, but slightly further into the crown the leaves are much greener. You’ll see this in purple beech and red Japanese maples.

Purple beeches are meant to steel the show. They are planted as solitary trees in big parks or stately gardens. Free to grow into their impressive shape and size.