The Grove release 10a

While work continues steadfast on adding features and improving existing ones, here’s a quick intermediate update just to keep you growing in the new Blender 3.0.

There’s a welcome speed boost, and an introduction to the next generation of twigs. Apart from coding and researching I’ve been working on capturing a wide variety of new twigs with a capture technique that creates exceptionally fresh looking leaves. The “summer of twigs” has just ended and now it’s time to share the fruits.

After thoroughly testing every area of The Grove, it is now safe to disable Python’s garbage collection. Without boring you with the technicalities, the garbage collector is something that intermittently frees up memory when it sees fit, and pauses the simulation. But because The Grove only runs very shortly each time you perform an action, there is no risk of troubling high memory usage.

The savings quickly increase when the simulation gets more complex. Over the life of a tree, it saves an average of 25% of simulation time; for example 20 seconds will be reduced to 15 seconds. Nice! 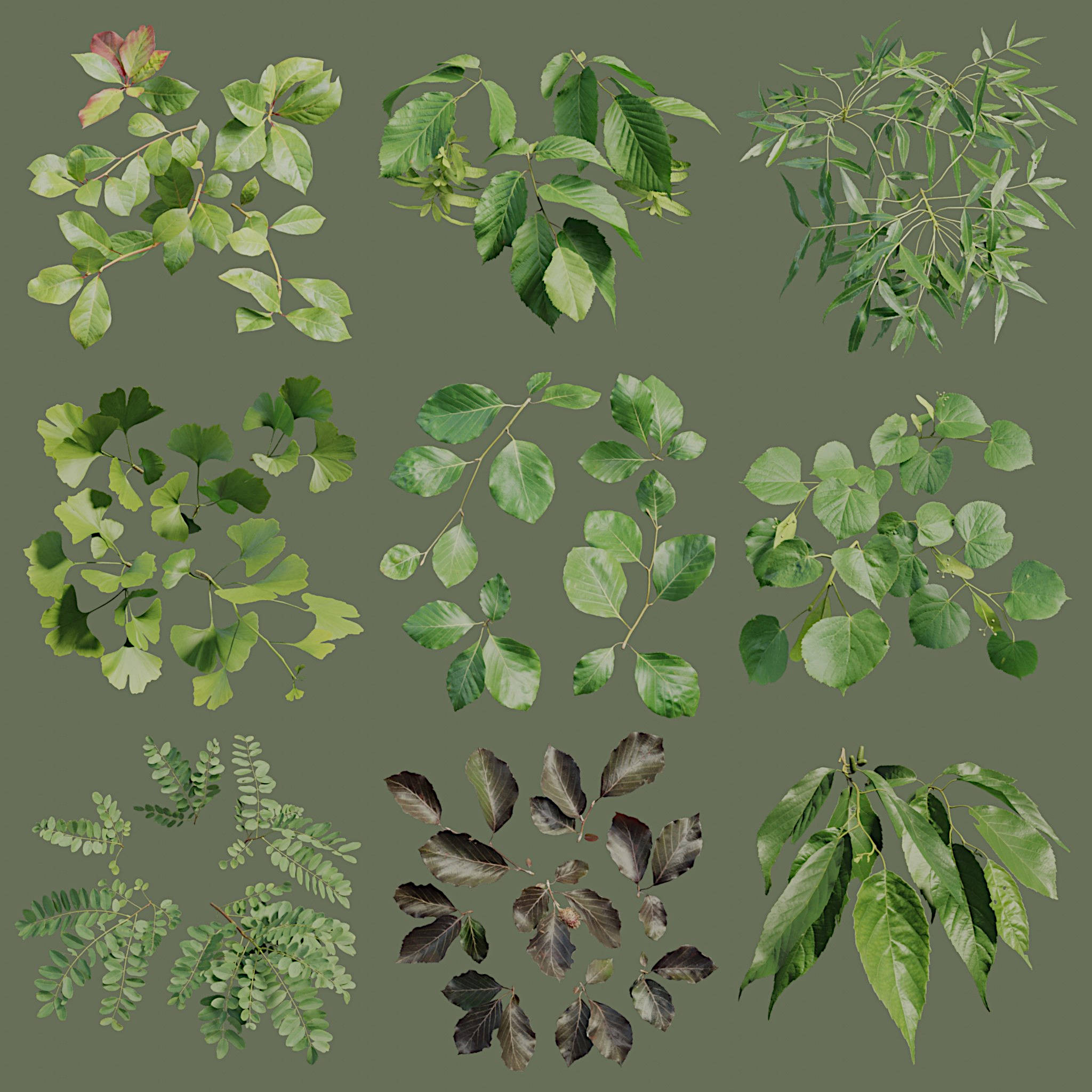 A productive summer has come to an end, and now it’s time to harvest the fruits. Time to introduce a fresh batch of 11 new twigs, captured with a new setup that I’ve been building and improving upon for several years. The setup was completed just before the summer, ready to take it for a spin in the “summer of twigs”.

The setup can capture deeper greens and deeper gloss. It captures real surface normals, real translucency and real diffuse colors with all directional and reflected light filtered out. These twigs will work in whichever light you shine on them – they fit any scene like a chameleon. This works especially well on twigs with glossy leaves, it makes them come alive.

On the flip-side, there is a carefully considered compromise. Up until now the leaves were captured from both the top and the bottom, now lush twigs focus only on the top side, but going much deeper than just surface level. By looking all the way through the leaves to capture real translucency we get, by far, the most important part of light at the back side of leaves. With all these extra layers of information, the twigs will glister in the sun and they will look surreal with back lighting.

The new twigs are tagged lush, and lush is what they are. Taking advantage of the new twig options, many of the lush twigs include several variations of side and end twigs, and a separate upward oriented twig for even better results. 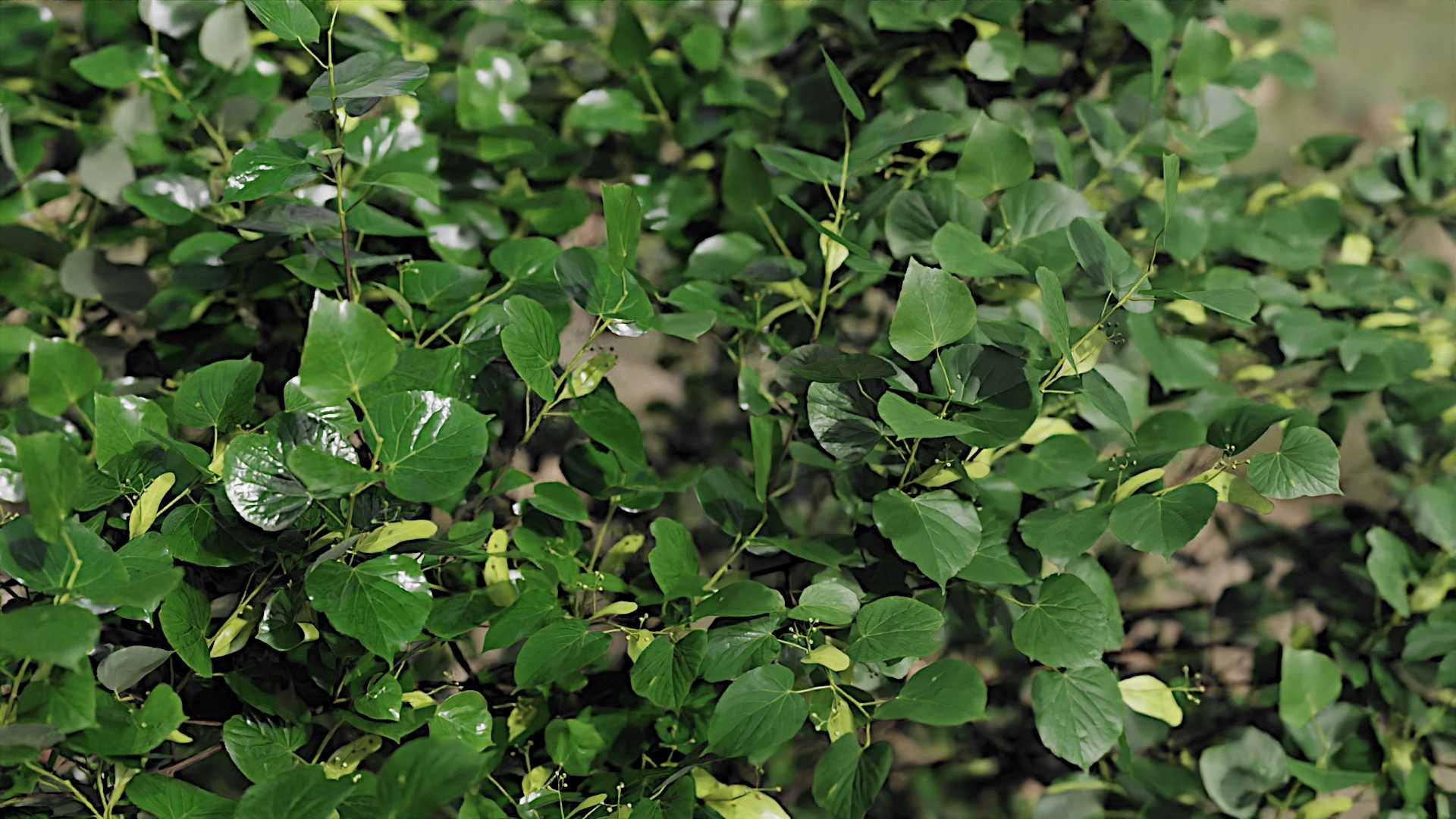 Lush twigs allow you to control the wetness of the leaves simply by changing the roughness of the principled shader node. In the above example, you can see the small-leaved linden twig with low roughness on the left and high roughness on the right. It’s that easy. And the same goes for color, which you an easily change by adding a Hue / Saturation / Value node.

By completely blocking out specular reflected light, it creates the flexibility to only change the isolated diffuse and translucent colors. The twigs were captured at their absolute top of beauty and freshness, in the middle of summer. You can change that if you’re in a dry climate or want to match a later time of year.