The Golden Angle in Trees

Without a doubt, the most popular mystery in art and nature is the golden section. This “divine” proportion seems to pop up in everything from sea shells to roman architecture. Trees are no different, they too show this magical proportion. It lets trees grow branches in just the right angle – the golden angle.

Let’s take a look at a fresh tree sapling. It grows several leaves along its first shoot. Each leaf fans out in a different direction. Surprisingly, this is no random direction. Moving up from the base, each successive leaf spirals around the branch at an angle of roughly 137.5 degrees.

Biologists call this distribution phyllotaxis. It results in the most optimal placement of branches and leaves with the least amount of overlap. New branches have the best chance of exploring unoccupied space, and almost no branches collide – all because of the golden angle.

This becomes very obvious when a young tree sapling is viewed from above. Quite an amazing sight. Surely this can be no random thing! Do trees know math? Is it something to do with evolution? Or is there another reason for this? 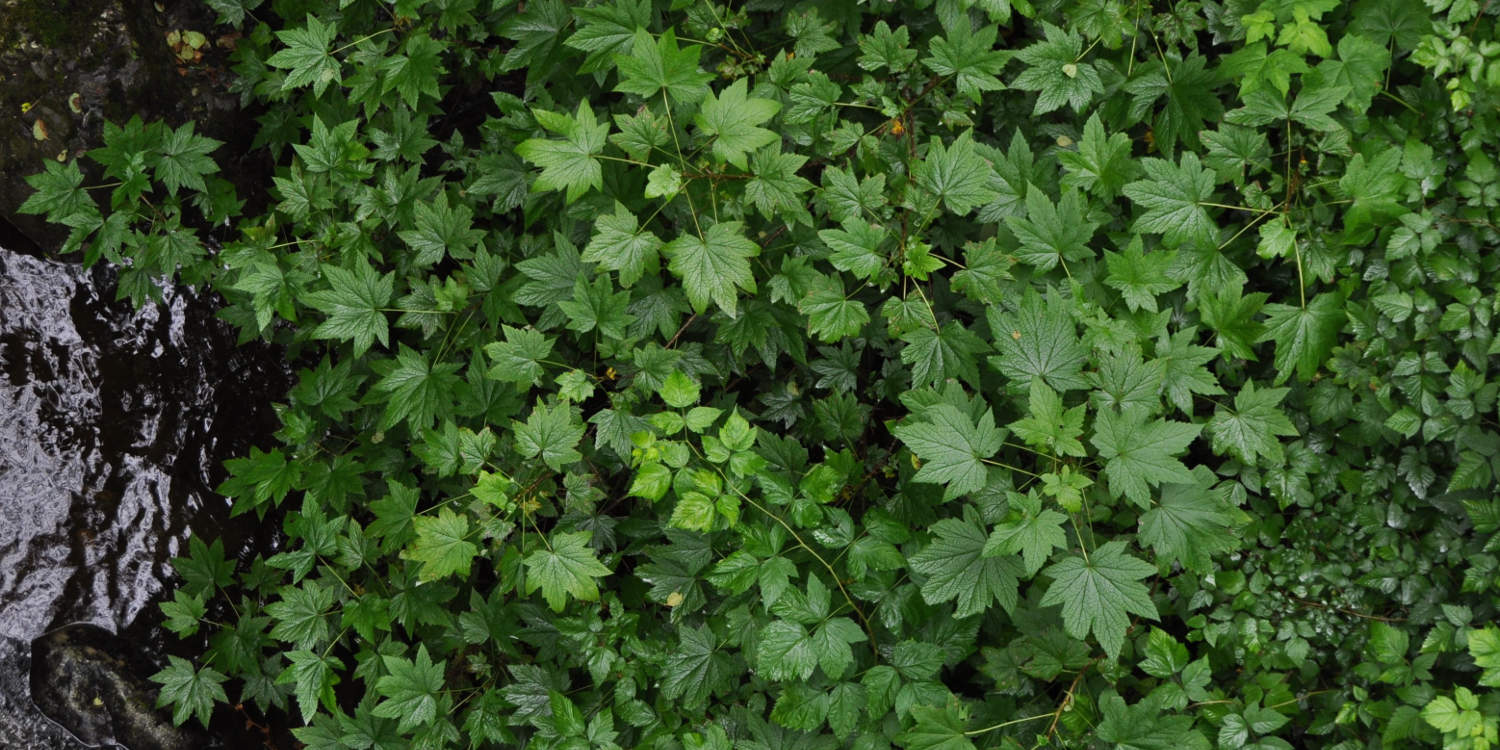 Although trees can smell, have quite advanced sight and can even feel when they are being touched, they have no brain to process all this information. It’s chemical reactions to outside stimulus. Quite magnificent and complicated reactions, don’t get me wrong. It’s just that trees can’t possibly grasp math.

So before you think trees are smart, there’s actually a quite simple explanation for this happening. The answer lies in the bud, which grows a complete embryonic version of next year’s twig. The whole structure is packed into that tiny bud. This is where the rotation of branches starts, at a cellular level, it’s basically the most efficient way to pack everything into a small space.

Therefore, a tree which has opposite branching with two leaves/buds at each internode, shows a spiraling rotation of 90 degrees instead of the golden angle.

A good comparison is a pinecone, which also strongly manifests the golden angle. Think of the scales as being single cells, compactly packed in the most efficient manner.

The phyllotaxic angle isn’t the perfect golden angle. But the more nodes a tree grows inside a bud, the closer it gets to the golden angle. Willows come very close with their immense number of new nodes per twig.

Phyllotaxis and the Grove

Phyllotaxic angles are automatically calculated by the Grove, in tree growth and twig placement. Selecting alternate or opposite branching also changes the angle to either 137.5 or 90 degrees.

Although trees are all around us, there are quite some misconceptions on how trees grow. Studying how real trees grow reveals surprising mechanisms that together evolve these complex plants. Learn more about how trees grow.

Content is copyright © 2014 - 2021 Wybren van Keulen, F12 / The Grove. None of the content may be duplicated or redistributed without permission. F12 is a registered company at the Chamber of Commerce Groningen - registration number 01097101.