Spreading branches will bend over time – the increase in weight keeps pulling them down. The tree reacts by growing back up – an interplay of forces that gives shape to the most beautiful trees. 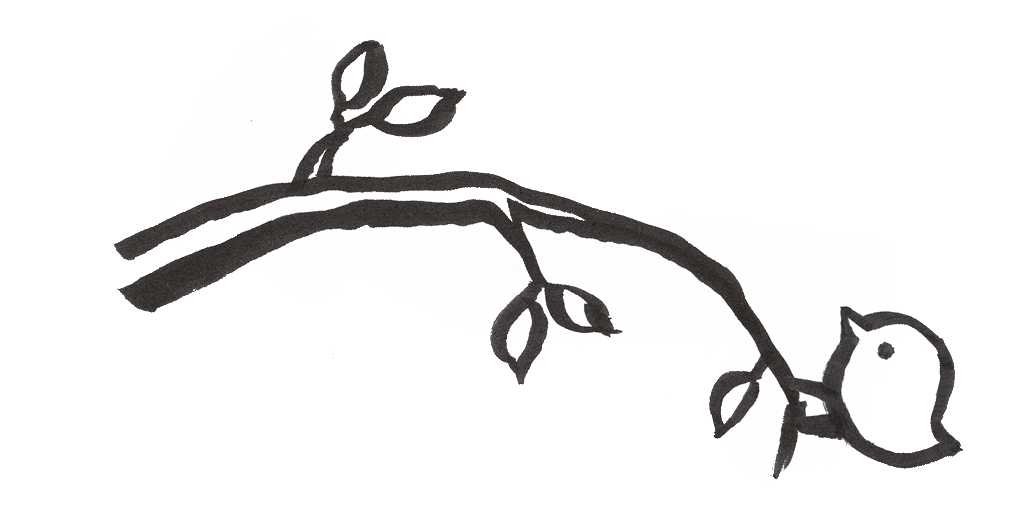 Gravity has a big impact on the shape of trees. The shape of the crown is in constant change when its spreading branches continue to bend down with the added weight. Bending affects the distribution of branches – some get pulled apart, others get closer together – Drop Shaded will keep the branch distribution airy. Bending is a feature unique to the Grove and greatly improves tree realism.

Leaves and fruit pull down on branch ends, adding to the weight of a branch. On trees with relatively thin twigs, the combination of Branch Ends and Fatigue causes dangling branches. Examples are weeping willow and silver birch. On other trees like ash, thick twigs can carry their leaves with ease. Add to this their strong tendency to grow away from gravity and branch ends all point up to the sky. Bend > Branch Ends and Turn > Up are in constant battle.

Let’s continue with the example of the ash. Although it is quite capable of bending new growth up to the sky, gravity keeps pulling down on its thick branches year after year. While adding new rings also adds weight, it also quickly strengthens branches, partially baking in the bending of that year. Control this with Solidify. This baking isn’t perfect, cells get tired and old oak trees tend to rest their biggest limbs on the ground. Weaken the effect of Solidify with Fatigue

Using the Euler-Bernoulli beam theory, the Grove treats each internode as a cantilever beam with a force acting on the end – a branch is traversed from base to tip, bending each node along the way.

“It’s been a brain breaker from the start how even silver birches and weeping willows grow up before they let their branches dangle down.”

One of the puzzles to crack was how to realistically diminish bending when a branch grows thicker. Apparently, trees are amazingly effective at defying gravity. Each added ring very quickly adds strength to prevent further bending. The outer rings add so much extra strength that for bicycle frames, its designers chose to just leave out the core. Similarly, trees rotting on the inside can live on for decades without loosing structural integrity.

Dangling branches form when an added ring is too thin to support the added weight of a branch. Each new ring bakes in part of the bending force and solidifies it. This adds up year after year.

Bending now takes into account the real weight pulling on each node of every branch. A node’s weight depends on the thickness buildup over the branch. Thicken > Tips and
Thicken > Join have a big influence on how a branch bends. The length of the new growth defines the Euler-Bernoulli beam length, longer nodes will increase bending.

Trees can grow high – very high. To get there, a tree has its ways to keep growing up and not down. Most importantly gravitropism – by growing more cells on the bottom of a branch and thereby effectively bending the branch upward. Simple but effective! But to keep these spreading branches growing up, it has to add structural thickness to keep if from collapsing under its own weight. When tweaking bend parameters, keep thickness buildup and gravitropism in mind and try to create a balance between them.

Bending is interactive and fun to play with. Keep in mind one thing when tweaking the bending parameters when a tree is fully grown. In a growth cycle, the tree is first pruned, then grown, then bent. The distribution of the bent model determines the fate of branches when pruning. And as described above, bending changes the distribution branches and the tree’s ultimate shape. For optimal branch distribution you need to regrow your tree after changing bend parameters.

Gravitropism (Turn > Up) bends new growth up and away from gravity. The pots of my avocado seedlings were overturned by the wind multiple times this summer, and it’s remarkable to see how quickly the plant can reorient itself. This is easy to do for a new and flexible branch while it grows.

In short, the effect of gravitropism lasts longer than just the first year – but the long version is worth reading because it’s one of the most effective growing techniques I’ve ever seen…

When you cut through a sideward growing branch, you can clearly see that the rings are oval with more growth at either the top or bottom side. Wood on the thicker side is called “reaction wood”. This is a special type of wood that is so strong that it can actively bend thicker branch back up over the years. Reaction wood makes trees even more dynamic than I previously imagined. It may be slow, but it makes trees dance!

So, how does it work? Well, there are two different types of reaction wood, and even though they are polar opposites, they both have the same effect.

Reaction wood is obviously there, but it’s not yet entirely clear what causes it. Although not proven, it most probably forms because of hormones that naturally concentrate in the bottom of branches due to gravity. What has been proven in an experiment is that it isn’t caused by physical stress in the wood. Whatever the cause may be, it’s fun to see that trees haven’t revealed all their tricks just yet.

The effect is upward bending that gets stronger with the increasing success of the branch. So, the quicker the branch adds thickness, the more it bends back up. The most successful leaders will return to the vertical, even if before they were growing sideways. This works beautifully, and you can clearly see new leaders emerge and then vigorously take over.

This is a response by existing branches to a sudden increase in light when the canopy clears up – branches reorient themselves. The way this works is that the increased light allows the branch to grow faster and create more reaction wood. If the branch is successful enough, it will overcome gravity and become a new leader.

After being planted at an angle, the successful trunks of these conifers bend up over time, while the weaker side branches don’t create enough reaction wood to do so.

Conifers in The Grove would previously never recover from their initial angle, while in nature they can straighten out. I had to use extreme gravitropism to achieve this in the past, which would kill the rest of the tree’s character.